CULTURE5025, a project that has started to provide opportunities for children who were not able to pursue their careers in music, has already been five years! In order to help more children, we collaborated with Hyundai Department Group since 2018. As a result, more than 200 children found their potential and realized their dreams. They were able to perform their own music with confidence.

This year’s recruitment notice had been announced on time, but the program had to start a little late due to the outbreak of COVID 19. We are so thankful for everyone’s patience as it must have been tiring to wait for such a long time. We started the orientation and classes carrying high expectations. This year, we were not able to gather everyone in the same space, so we carried out the orientations by breaking up into several groups.

We actively gathered children from various institutions, such as, local children’s centers, Group homes, social welfare centers, children’s welfare centers, youth shelters, and more. This year in particular, we expanded our program’s application area from Seoul to Gyeonggi province. We also made another additional team for acting. Because of such expansions in both genre and region, the children showed more interest in the program. We have recruited a total of 51 children based on their recommendation letters from teachers and personal application forms. 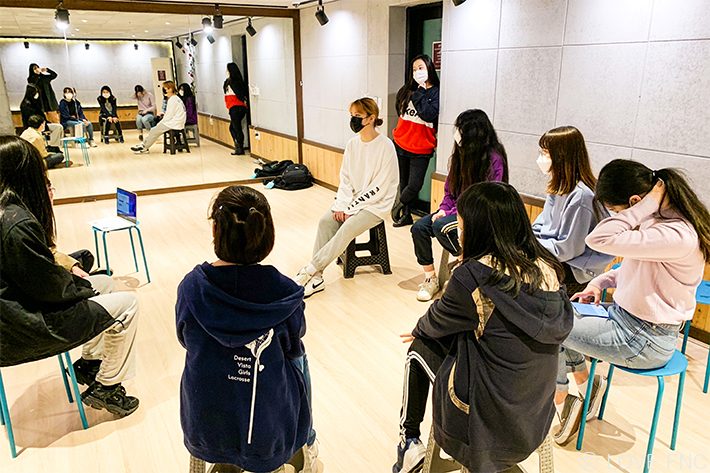 The selected children will be trained in one of the teams that they have chosen, which are vocal, dance, rap, guitar, keyboard, drums, acting and so on, for 7 months with our best teachers. During the 7 months, not only will they take lessons but also go on field trips, listen to mentoring lectures to enhance their social skills. In November, when 7-month journey comes to an end, the . This concert is meaningful in that the children are able to realize their dreams and take a step closer to their goals regardless of the harsh conditions that were given to them. 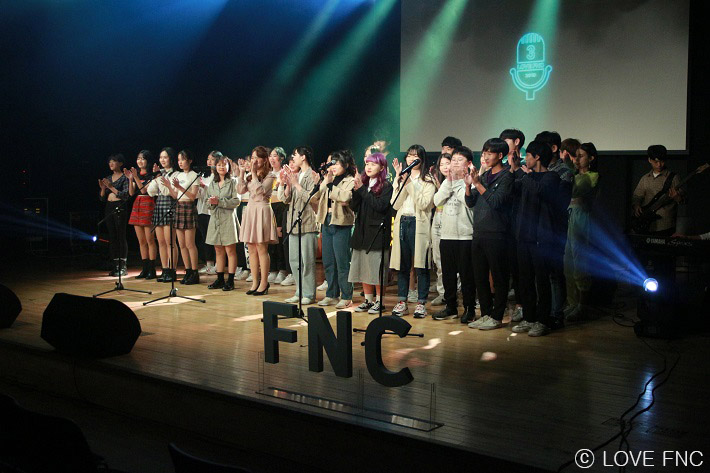 For a world where all children are loved. LOVE FNC